You might want to do something like this if you present a modal dialog to the user and then need perform some off-screen processing in a new window after the user performs an action in the dialog. If the new window is not set properly as a modal dialog, the GTRR script step returns an error 1 (User Canceled Action) and the GTRR does not occur. Seems to me this error message does not clearly lead to an understanding of the actual cause of the error, hence the gotcha.

Here are a few screen shots to explain. This first image demonstrates the error that occurs when the GTRR new window is not specified as a dialog: 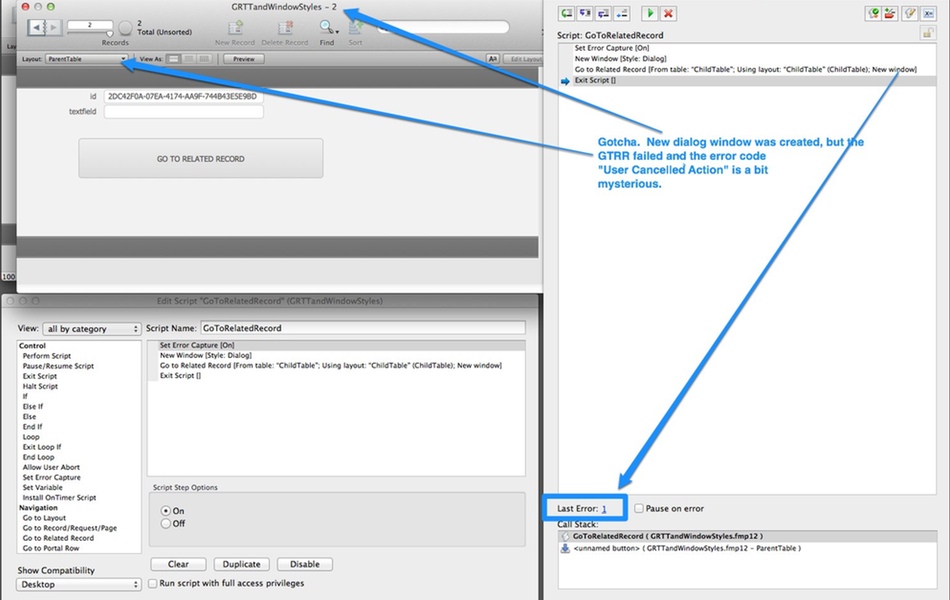 Now, let’s modify the script and specify a modal dialog for the new window in the GTRR script step: 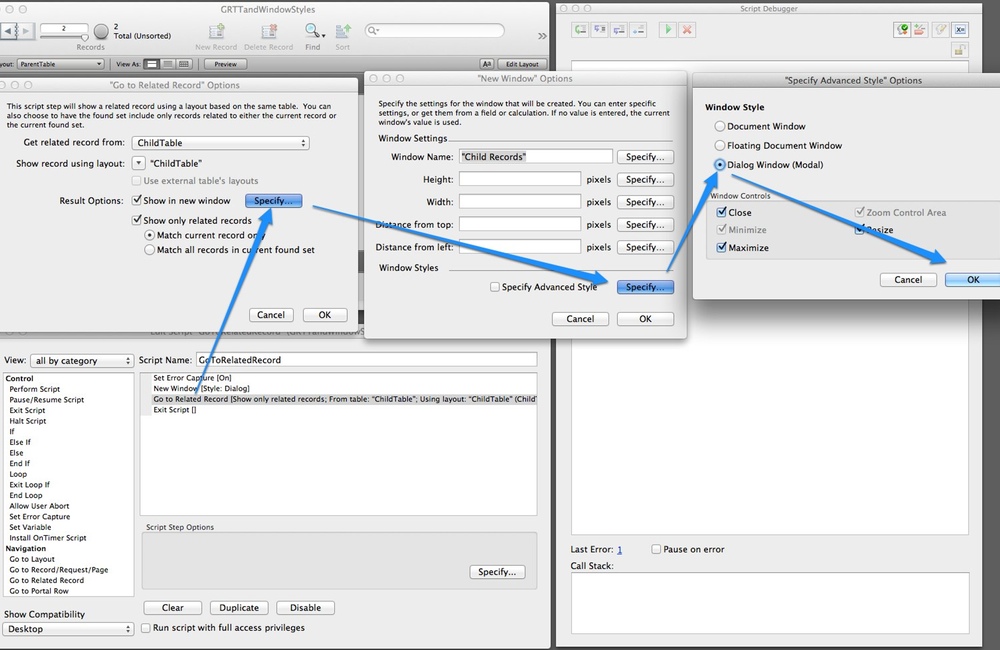 And when we run the script again the GTRR step can successfully execute: 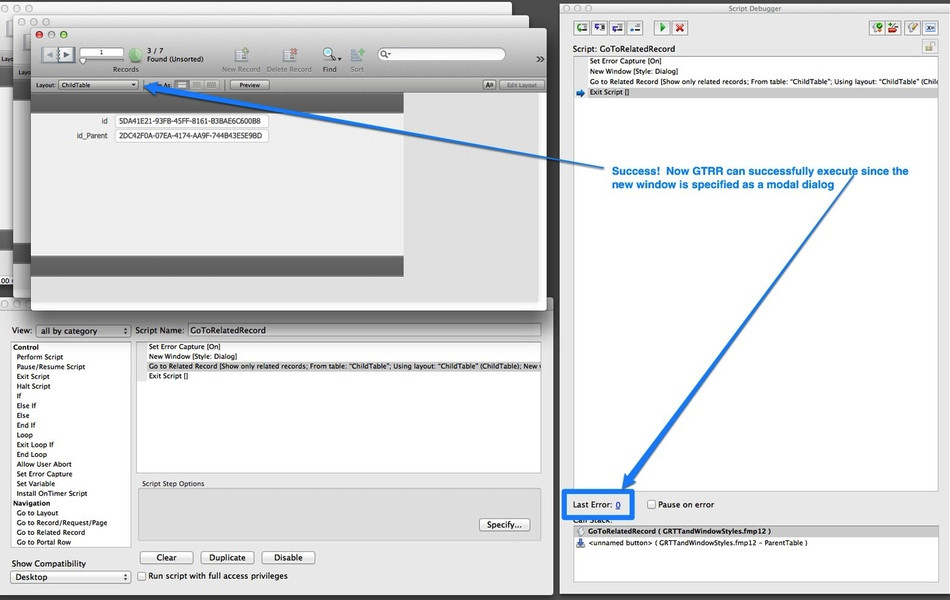 Although the error code is perhaps misleading, this scripting behavior is not undocumented.  In the FileMaker’s online documentation of the advanced window style feature does offer an explanation (see second to last bullet point):