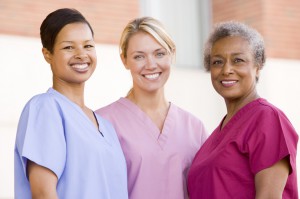 Milex Southern, a family-owned distributor of medical supplies for women’s healthcare based in Weatherford, Texas, decided to completely overhaul and upgrade its UNIX-based accounting system. And for good reason. Saddled with a menu-driven, non-intuitive, text-only configuration, it became increasingly difficult to process orders as the company grew. Milex knew it needed to go beyond the entry-level productivity of UNIX to a more versatile and highly intuitive Mac-driven system—FileMaker.

“In our business, we must be able to track lot numbers carefully and expand the number of fields we utilize. FileMaker Pro is very open, user-friendly and lets you work the way you want to. It’s also reasonably priced,” explains Bob Jenkins, Milex general manager.

As part of a multiple phase rollout, MightyData was tasked to build a comprehensive data management system in FileMaker. The customized application was designed to perform all order entry, order processing, accounts receivable, inventory control and reporting functions. However, there were some potential challenges for Milex that needed to be addressed.

The FDA requires that all medical products be issued in lot numbers, which can take endless hours to track. Plus, certain states have a complex sales structure, with a separate sales tax rate for each municipality. Both required too much time and effort. To solve these challenges, MightyData built an automatic tracking capability into the system to speed up lot number verification and streamlined monthly tax reports to generate accurately calculated rates, quickly and efficiently.

MightyData helped us get the exact reports that we need, says Bob.

Milex has seen significant increases in productivity with the newly installed entry system. For example, online access to accounts meant that file folders no longer needed to be stored and re-filed manually. The program also keeps both sales reps and office staff apprised of important data.

Now our reps get their sales totals each day, so they know exactly what products have been sold.

“They are also tracked through each product category, so they can focus on which products are selling well and which are underperforming.”

When Milex added four more states to its existing service area, it was able to seamlessly ramp up with its existing system by adding a faster server. In fact, staffers were able to input and set up all data from the new states in just 15 minutes!